This content may contain affiliate links which may result in my being financially compensated for purchases site visitors make through said links.

Are you afraid of failure?

Are you afraid of success?

If so, Dan Cumberland, founder of The Meaning Movement, can help you with both. He doesn’t blog about résumés or money-making opportunities. Dan counsels people on how to blast through both personal fears and societal expectations to truly claim your destiny and create authentic, fulfilling experiences in your life and career. Unlike some programs out there, Dan will work one-on-one with people in “the fearless pursuit of work that moves you.”

After a dead-end job left him stuck, Dan set out to learn everything there is to learn about meaning, purpose, and work. A master’s degree and a few twists and turns later, he’s on a mission to help people find and do their best work. Dan’s mission is to help you do work you love.

Journey to The Meaning Movement

Dan is the youngest of two. His brother is a successful computer programmer. His dad is an aerospace engineer, and his mom is an accountant. But Dan was a little different in that he was a creative artist. He didn’t fit his family’s mold in many ways. I bet lots of you out there can identify with that!

He credits that experience as the root of where many of his struggles in finding the right fit came from. But it also contributes to his motivation and passion behind The Meaning Movement.

He never knew what he wanted to do with his life. In college, music and ministry really spoke to him. He pursued ministry but soon after he became pretty depressed and felt quite lost for a while. He thought God was calling him to ministry, but it may have been his youth pastor’s voice.

After a while, he reached a point of questioning where to go next. I’m sure we can all relate to having a solid plan, having it fall apart, and not knowing how to proceed.

Dan started taking in information about how to help people figure out what to do with their lives, and he just loved it. A few people noticed that he got really excited about helping others figure out their work. And it took them noticing for him to start The Meaning Movement.

Waiting for the Ready Bus

Dan had all the boxes checked for what he was going to do in life, but it still fell apart. We, as humans, have this tendency to try to fit ourselves into boxes. We even have people saying, “Hey, you should do this and that.” They do it with good intentions but don’t realize it can affect you negatively.

Negative things that happen to us shouldn’t be viewed as failures. I got fired in 2011, but that’s not a failure because I learned how to become a freelance proofreader and teach others how to take control of their lives.

I’m doing what I love and am passionate about, but I had to kiss a few frogs before I found the prince.

My advice for people is to just get on a bus that’s moving and go, and then you can always jump off and get on another bus. If it doesn’t work out, at least you’re moving. But if you’re standing there waiting, then nothing’s going to happen.

How to Find Your Life Goals

Dan believes one of the big mistakes we often make is we think that our calling is somewhere out there. Like we just have to keep searching and we’ll arrive at some mountaintop experience, the clouds will part, and this beam of light will shine down on us and tell us exactly what to do with our lives. Maybe this happens to some people, but for the majority of us, it’s very different.

When Dan works with people, he starts with telling stories. He asks his clients about major events that have shaped them and important moments they can remember. He also asks about the people around them who have a big influence on them.

Dan says the more you put all these factors on the table, the more things come into focus because you’re aware of how these people and institutions have shaped you. Then you have the power and volition to choose whether or not you want to continue to live under those voices — to live in that box you were told you should fit into.

Sometimes our thing is something that’s so close to us we don’t even realize it’s our thing. When I first started, I figured nobody would be interested in proofreading — that it was stupid and boring. Fast forward to six months after I launched and I was doing an interview about the success of my launch in doing $100,000 in sales. It’s all about changing our mindset.

He remembers how he helped one individual find his goals. This man was a successful manager at a company but always felt like he should have been a pastor or therapist — someone who talked to people and was involved in their growth and development.

Through working with Dan, this man realized what made him successful at work was that he was already helping people with their growth and development. He gave himself permission to approach his work with a completely different mindset.

Instead of fitting the box of what a manager should look like, one who stays in their office, he’d spend an hour or two just going to the warehouse and getting to know the guys out there and pastoring or mentoring those people. He overlapped his career and passion to find a lot more satisfaction, meaning, and purpose in the work he was already doing because he went about it in a whole new way.

I know many people feel stuck in their 9-to-5 jobs and they’re not sure what to do to break out of it.

Dan says we think of work as primarily income, but when it comes to purpose and meaning, it’s about identity. We often overlook that work is where you get to say something. Whether you say it with a spreadsheet or by writing a blog or by conducting experiments in a lab somewhere, you get to make a contribution.

He furthers states this is often what’s missed in the school system. You go from one grade to another, attend college, focus on your degree, etc., but there’s often no space for those larger questions of “Who are you?” and “What do you want to say?”

According to Dan, it’s also important to have the right support to help you along the way. He thinks when it comes to being stuck, it’s often that we’re giving in to someone else’s version of who we think we should be.

He recommends brainstorming and putting names to voices that have or have had an influence on your journey. Then go through and circle the ones that are positive and match up with what you want to be. Cross out the ones that feel confining — that feel too small for you. By doing so, you’ll create more space to dream outside some of those boxes and feel more confident.

Next, take steps toward your curiosity. You have to take action. If you want to start a website, buy a domain. You could also join a club related to your interests and give yourself permission to start experimenting with ways to find joy.

If something doesn’t pan out, look at it as a stepping-stone rather than a failure. There’s so much value in learning what you don’t want to do.

I spent $7,000 going to personal training school, and while I didn’t hate the work, it wasn’t for me. I look at that as a stepping-stone to the life I have now that I love.

Want to know more about my story? Check out my book Work at Home here.

There isn’t a perfect next step so you need to forgive yourself for not doing it.

Dan says we typically experience fear anytime we get close to creating something that matters to us because there’s a lot of desire at play. There’s something we want and when we get close to achieving it, we have to face the possibility that we might not get it.

For some people, it’s a lot easier not to take the risk because by even taking a step toward something, they have to face the reality that they might not actually get it. So fear is a really important indicator of work that matters to you.

You have to pay attention to that fear because it can guide you to those places where there’s something in it for you, something that has to do with who you are, who you’re becoming, and what your work in the world might be.

Fear is giving you an excuse. Fear will always try to find a way to keep you from taking action. A helpful way to conquer fear is to spend time imagining what is actually realistic. What are people actually going to say? How much of this fear is real, and how much is just an inflated emotional response?

If you don’t face your fears, you allow them to have power over you. Explore your fear and you’ll find it’s not as bad as you imagined. Usually, our emotional response to it is so much greater than the actual reality of it.

Stop waiting for the fear to be gone before you start because fear never goes away. It just changes its face.

How to Get Started

If Dan has motivated you to find your meaning — to learn about what passion and strength you have in your life — you can gain access to his course Job Fit Crash Course inside Work-At-Home School.

He’ll show you how to control your future, schedule, and income.

Previous Post: « How Do I Build Confidence in My Work-at-Home Skills?
Next Post: Busy Mom and Kick-Butt Entrepreneur: How Monica Makes it Happen » 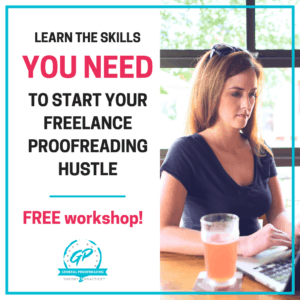 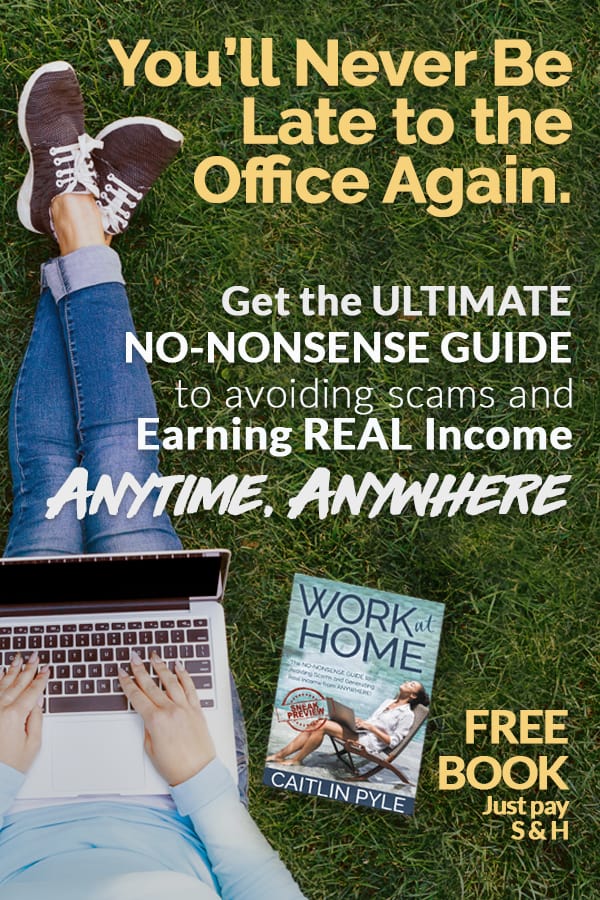